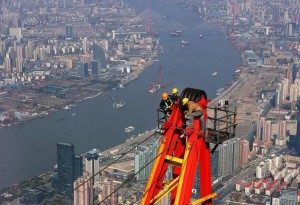 As Shanghai is on a seismic belt and the construction site is in a river basin, a firm foundation for this skyscraper is very important. To firm up the ground, engineers first put 980 foundation piles underground to a depth of 282 feet, and then poured 2.15 million cube feet of concrete to set a 20-feet-thick baseboard for anchoring the main building.

The exterior of the building spirals upward like a snake. It twists about one degree per floor to offset the wind effect on higher altitude. This is very important to a super tall building in Shanghai to withstand frequent typhoons.

The tower sports two glass facades, an inner one and an outer one, like overlapping “tubes”. The space between the two “tubes” varies from 3 to 33 feet wide, providing more public space inside the building. At the mean time, the space functions as a heat insulation layer like in a thermos flask. This is environment-friendly and costing less.

The building will be serviced by 149 elevators, of which 108 are lifts. Three of the lifts can send passengers up to the 500-meter (about 1,640 feet)-high sightseeing platform from street level within one minute, which is a world record holder. 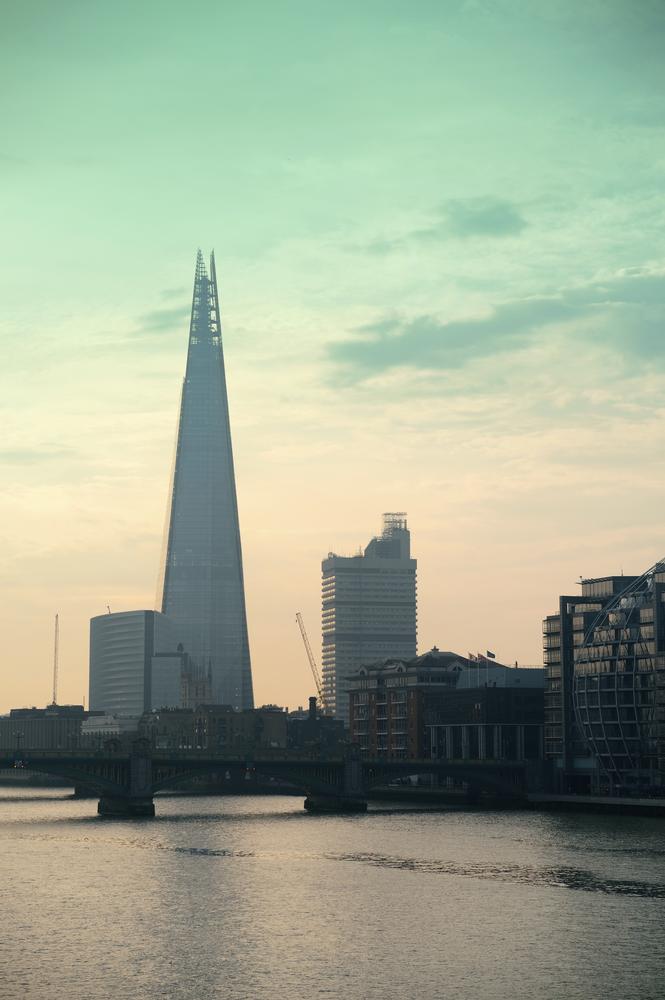 The completed Shanghai Tower has taken the title of China’s tallest building – at more than twice the height of London’s Shard.

Builders cheered and made peace signs as they made the finishing touches to the skyscraper, which at 632m is second only to Dubai’s 828m Burj Khalifa in height.

The Shard looks modest by comparison at 306m – despite being the tallest building in Britain by more than 70m.

Shanghai Tower is due to open next year and will contain a 320-room hotel, offices, shops, a car park and 106 lifts – which will move at a speed of 18m a second.

Designed by Gensler, it is the tallest of a group of three adjacent supertall buildings in Pudong, the other two being the Jin Mao Tower and the Shanghai World Financial Center.

Though the Shanghai Tower has only just been finished, it may soon be overtaken by Sky City, a skyscraper being designed in Changsha, which, when finished, would reach a height of 838 m – overtaking the Burj Khalifa in height. 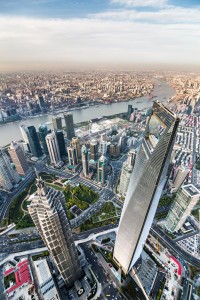 RISH Chinese Summer Camp takes this opportunity to introduce this famous building to our students.
Click here to see our summer program !