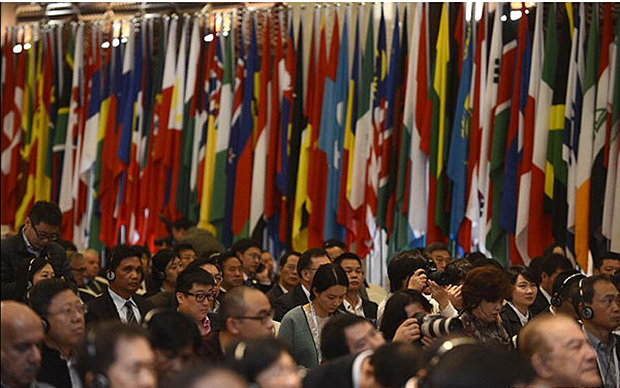 Wuzhen, a waterside town in Zhejiang province with a 7,000-year history, is to hold the second World Internet Conference from 16-18 December

With the theme “An Interconnected World Shared and Governed by All – Building a Cyberspace Community of Shared Destiny”, the 2015 WIC will feature strategic-level discussions on global internet governance and the industry as an economic growth engine.

The event is expected to attract about 12,000 leading figures from governments, international organisations, companies and civil societies, according to the conference’s homepage.

Buzz of Internet technology
“Wuzhen has been preparing for the 2015 conference since last year’s closed,” said town mayor Zhu Xuelong. “We hope, after a year, people will see a brand new Wuzhen.”

The historic town, chosen as the permanent venue for the conference, has developed more internet elements in the past year, according to organisers. Tourists can rent a public bike directly via WeChat at any service point, as a deposit and paper documents are no longer needed.

A technology exhibition will be held in conjunction with this year’s event, where firms will present self-developed gadgets ranging from robots to laser projection, according to Jiaxing Daily.

The conference will serve as a global arena for companies to display cutting-edge products, said Shan Zhaolin, head of the Zhejiang Junze Photoelectric Technology Co, adding that the company’s latest smart laser projector can extend the lifespan of the light source more than 10 times.

Named as one of the country’s top 10 most charming towns and one of the first of Chinese historic and cultural towns, Wuzhen is known for its 7,000-year civilization and 1,300 years of town history.
Volunteers on a roll
Some 994 out of 7,000 applicants will serve as volunteers for the event, with the number nearly doubled compared to last year, according to Wuzhen officials.

Among them, 259 volunteers will provide a one-to-one translation service to international guests.

“I’ve been preparing intensively in the past month, memorizing key points of the conference and keeping a notepad by my side,” Yao Chunyan, a volunteer and high school English teacher, told the media.

Volunteers will receive a smart gadget with GPS and interphone functions to help with communication and coordination.

The conference is jointly organized by the Cyberspace Administration of China and the government of Zhejiang province.