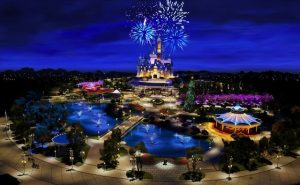 A dream is a wish your heart makes, and if you’ve ever dreamed of working at Disneyland then Shanghai Disneyland might need you! Or not.

Turns out competition is pretty fierce in the magical kingdom, as 26-year-old folk dancer Zhou Jian knows. He recently took a 14-hour train journey from Shaanxi to attend a job fair in Shanghai, hoping to get a job working for everyone’s favorite mouse in a 963-acre, $5.5 billion dollar kingdom set to open on June 16th. And Zhou doesn’t aim low either — he wants to score a part in “The Lion King,” which will be performed in Mandarin for the first time, Reuters reports:

I want to be famous before 30 years old. I’ve performed on big and small stages for several years and haven’t made much progress. Disney is a world-famous brand. I thought it would be a very good stage for me.

And we’re rooting for you Zhou! But how is Disney taking it? Well it seems hiring 10,000 people for all manner of roles isn’t just tough, but it clashes with China’s standard of customer service. A huge brand like Disney has extremely high standards in comparison to what typical Chinese entertainment service offers, and with Disney relying heavily on hospitality, retail and food hires, as well as training new recruits on how to run park attractions, musical acts and retail outlets, the struggle is very much real. 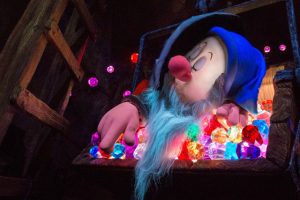 But have people been put off? Hardly, unless you count 70,000 applications as a small amount as Shanghai Disneyland tries to whittle the applicant pool down to a more manageable 10,000.

At the same time that this hiring spree is going on in the mainland, jobs are being cut left and right in the happiest place in Hong Kong. HK Disneyland officials just announced the lay-off of “below 100” workers, sparking worries about massive job losses to come in Hong Kong’s important tourism sector. The theme park reported a loss of 84 million RMB last year.

But let’s focus on performance acts here. As it turns out, in 2014 Disney hired 1,000 recruiters for its performances, dancers, singers, actors, musicians, you name it. During the University of Southern California’s global conference in Shanghai in October, 1,000 Shanghai recruits went to Florida. So there isn’t a shortage of enthusiasm, right?

And the perks of Disney are pretty enticing too – passes, base compensation, insurance, housing allowance, a one-month bonus — Zhou even adds that if he doesn’t want to keep dancing he can change to another role. 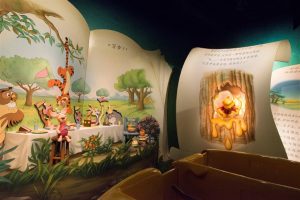 But it’s not just a pinch of pixie dust, as recruitment agencies expect a turnover of 30 to 40 percent, Reuters reports. For anyone seeking better packages or more ambitious work, it seems Disney isn’t interested, according to Y.C Tong, vice-president of talent acquisition at China RPO group in Hong Kong.

Good quality people, once they work for an organization like Disney and gain experience, have a tendency to leave, moving from one job to another is how they increase their compensation at a very fast pace.

And it seems Shanghai has even set its eyes on even bigger goals than just Disneyland — Dreamworks plans to open a DreamCenter for 2017, as will Ocean Park, and for the first time outside of North America, a Six Flags is being planned too. Not to mention, the LEGOLAND Discovery Center that just opened.

In the meantime, Zhou has returned home to Shandong, to await another callback and more information. But with Disneyland set to open in less than three months the chances are looking slim – so what does he plan to do?

“Keeping busy and waiting to hear from Disney,” he tells Reuters.

Indeed! And even if you’re not interested in working for Disney, you probably couldn’t get tickets for it anyway. Thanks a lot, kid.

Of course, you could always be one of 700 foreign volunteers helping out with its grand opening. That is an experience you will likely never forget.