Shanghai is one of newest exciting Chinese Summer Camp destinations, here are our top 10 reasons why to choose Shanghai:

1. ECONOMY. Shanghai is China’s economic capital and one of the largest cities in the world. Over the past two decades it has been one of the fastest developing cities in the world. Of approximately 166 different types of industry in the country, about 157 can be found in Shanghai. The city is home to China’s international financial center. It is the world’s biggest cargo shipping port by value and a global cruise terminal. Shanghai is a major manufacturing and innovation center, a future Dreamworks Oriental movie studio, Disneyland city and much more. As noted in the 2012 World Cities Culture Report, “As part of the industrial and social transformation of China, Shanghai has adopted a Four Centers Strategy, which aims to develop the city as a centre of international excellence in finance, trade, shipping and general economics.” Understanding Shanghai is important for students seeking international business careers.

2. A GLOBAL CITY. Shanghai’s metamorphosis over the past few decades reflects Western connections to the 19th and early 20th Centuries. The city’s 23+ million population provides the greatest Eastern/Western fusion in this most international of China mainland cities. Shanghai’s international influence is increasing as it aims to become a hub for creative design, cultural exchange and international fashion. Walking around the city, you’ll definitely spot Western influences in general lifestyle, fashion, some architecture and music. Keep an eye on the CAPA World blog for more about the exciting global developments in this ambitious city. 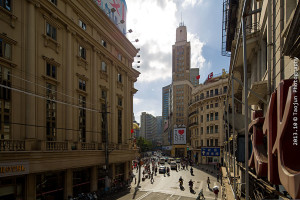 3. YANGTZE RIVER DELTA REGION. Shanghai is at the center of China’s prosperous and rapidly expanding region comprising Shanghai Municipality, and the neighboring provinces of Zhejiang and Jiangsu. The area is a major industry hub that handles a third of the country’s imports and exports, has a high concentration of factories and accounts for a massive 20% of China’s GDP – some excellent points for future business leaders to experience and understand first hand. This economic powerhouse contains the important cities of Hangzhou and Suzhou, two paradises on earth. The construction of the world’s longest cable-stayed bridge, the Suzhou-Nantong Yangtze River Bridge has recently improved regional ties by cutting travel time between Nantong and Shanghai to within an hour. According to United Nations data, the area is also in the running the largest concentration of adjacent metropolitan areas in the world with a population greater than 105 million. 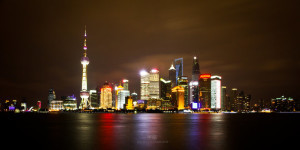 4. VIBRANT ART AND CULTURE. Shanghai hosted the gigantic World Expo 2010 with the theme “Better City – Better Life”. It attracted some 73 million visitors and left in its wake the Performing Arts Center and the China Pavilion which recently turned into the China Art Museum (Asia’s largest art museum!) to exhibit Chinese modern art from the late Qing dynasty to 1980. Also re purposed from the World Expo is the Power Station of Art (China’s first state-run contemporary art museum) which will host mainly Chinese contemporary art from 1980 – present. These two new art spaces contribute to a rich range of art and culture in Shanghai from live music to theatre to visual arts. For some pottery made by local artists, stop by the Jing An District and visit the hidden Spin, tucked away at the back of a parking lot behind a beauty salon. ShanghART is an one of China’s most influential galleries that features both Chinese and international artists. Of course, there is the Shanghai Museum near the edge of People’s Park. It was the old Shanghai racetrack’s clubhouse and now exhibits a mixture of art from around the world. 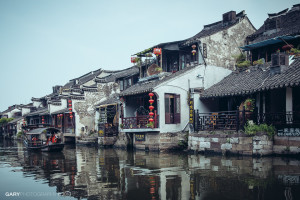 5. DINING OUT. While you’re studying abroad in Shanghai, be sure to slurp up some of the city’s famousxiaolongbao – those delicious dumplings with a splash of soup inside. To do so, head to the little hole in the wall gem that is called Fu Chun for some of the best. You can find some great international food in Shanghai as well with Japanese, Vietnamese and delights of the former French Concession. Try Song Fang Maison de Thé in a converted French Concession lane house. It’s a sunny space with a winding wooden staircase, vintage decor and jazz in the background. There are plenty of places for al-fresco dining in Tianzifang when the weather is nice or wander through the upmarket Xintiandi for restaurants with spectacular views on the Bund (stick to international food here as the Chinese options are better elsewhere) and the Pudong side of the Huangpu River. 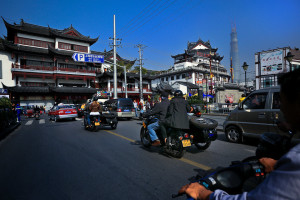 6. SKYLINE. Shanghai’s impressive skyline features over 50 skyscrapers including the Oriental Pearl TV Tower, the Jin Mao Tower, the Shanghai World Financial Center Tower, and the, yet to be completed, Shanghai Tower (the tallest building in China and the second tallest in the world after Dubai’s Burj Khalifa). You’ll get some spectacular views across the city (not to mention photo opportunities!) from the vantage point of the various viewing galleries and nightspots located at the highest points across this growing city. The inside of the middle pearl of the Oriental Pearl Radio & TV Tower is a sightseeing floor offering 360* views of the city. Not for those scared of heights. If you’d rather gaze up at the skyline from the ground, not to worry; it’s just as impressive! 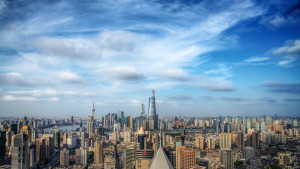 7. EXPLORING OLD AND NEW. Shanghai is a city of juxtaposition of old and new. The city’s past includes sectors once operated as international concessions. At first glance, it is a city of mass skyscrapers and bustling industry. Look beyond, and you’ll see the past still lingering. There’s the historic Yuyuan Garden and Market. The name of this beautiful maze of ponds, plants and zigzagging bridges literally means “happy garden”. Don’t miss the Exquisite Jade Rock. The busy Nanjing Road is the main shopping area in the city. Stop by the historic Suzhou Creek with the Astor House Hotel where President Grant, Charlie Chaplin and others stayed, the famous Peace and Park hotels and the Shanghai Hotel (the first foreigner focused hotel which opened in 1949 when the People’s Republic of China was founded). Of course, The Bund just below all of those impressive skyscrapers is also a historic location, with many of its buildings recently renovated to preserve their historical significance. National Geographic describes the old and new phenomenon in Shanghai as such: “Still, behind the brash exhibitionism and the pretense of Western sophistication—away from the boho galleries of Moganshan Road and the high-end boutiques and restaurants of Xintiandi—an older Shanghai still lurks, a world of quiet gardens, laundry-draped hutongs, fortune-tellers, and backstreet vegetable markets. Despite the constant renovation, tradition somehow persists here.”

8. FREE STUFF. Early in the morning, you’ll see locals performing Tai-Chi along the Bund. Feel free to join in. You may even feel tempted to join in on dancing sessions in the streets. Or just sit back and watch. People watching is one free activity in Shanghai that is sure to be entertaining. Try watching the locals and tourists in People’s Square, on Huaihai Lu, along The Bund or at Xintiandi. Wander along the banks of the Huangpu River or take a stroll in Pudong’s Century Park. Most of Shanghai’s parks don’t charge an entrance fee. Pop into one of the traditional tea houses dotted around the city for some free samples. For some art and culture, head to M50, a complex build in a set of old warehouses that have turned into the hub of the city’s modern art movement. The popular Shanghai Museum is also free and well worth exploring.

9. WATERTOWNS. One of the best places to escape the chaos of this 24-hour city is a nearby watertown. Well preserved streets and shops adorn the canal and river systems and if you choose one where more locals gather than tourists, you’re sure to relax. Stroll the areas, crossing their delightful bridges and try a canal boat ride. This is a small taste of a lifestyle from a past era in China. A tourist favorite, because it’s so accessible from Shanghai, is Zhujiajiao. For somewhere a bit quieter, try Nanxun with its charming, rustic streets and peaceful lotus garden. Tongli has the fascinating China Sex Museum and relates statues throughout. The roof hopping at the end of Mission Impossible III was filmed in Xitang (which is much more relaxing than that makes it sound!) Also, try Jinxi for a less developed yet more original flavor. 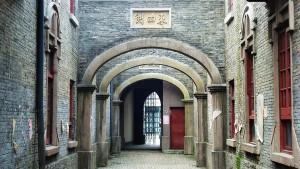 10. Thank you.  Everything says thank you — the taxis, the Maglev, everything that has speakers on it will thank you for using it, usually in amusing Chinglish. Hearing “Thank you for take my taxi” is as common as hearing a phone ring. Who doesn’t appreciate being appreciated?